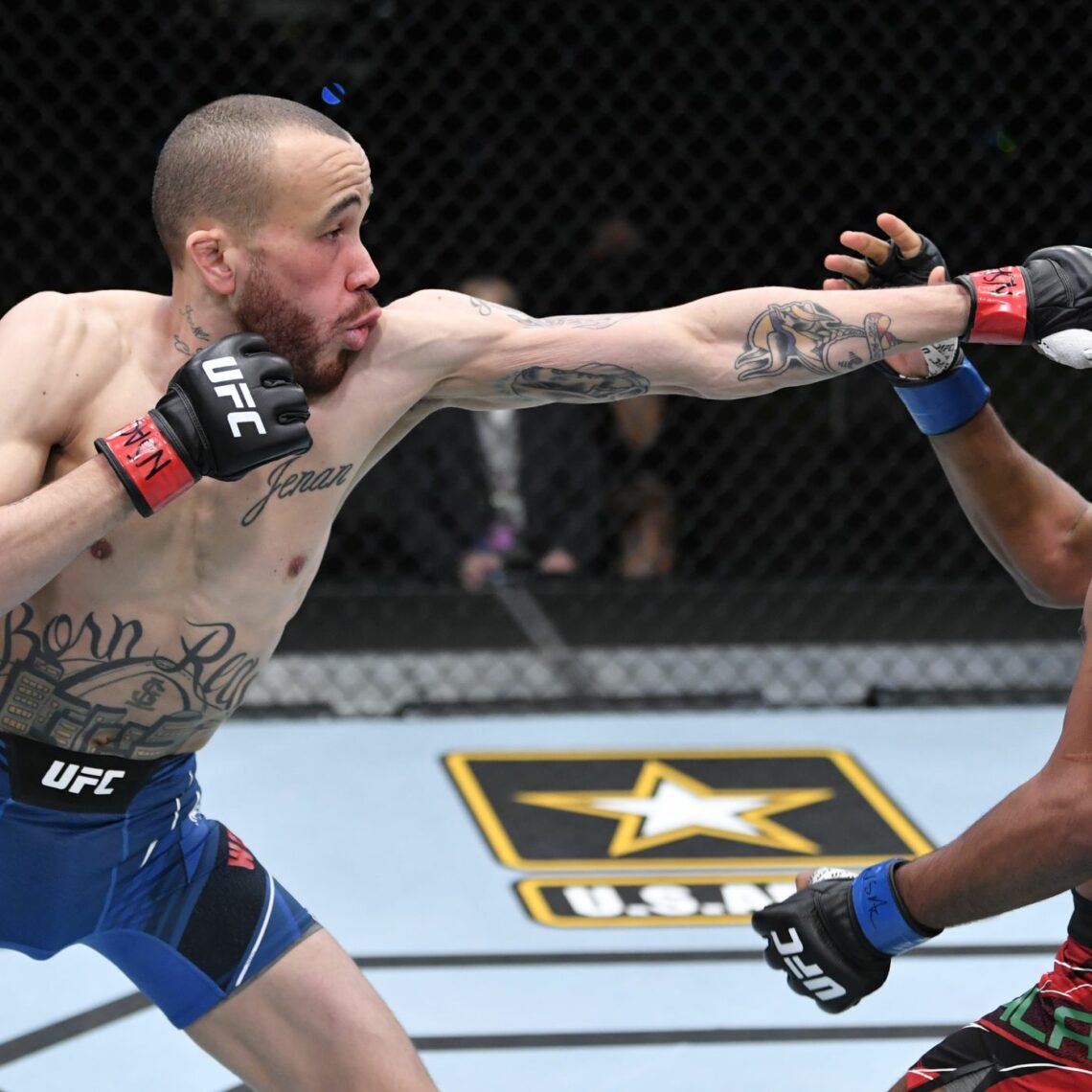 A win against Anglin would move Woodson to 4-1 under the UFC banner (one of his wins coming from a brutal knockout and Dana Whites’ contender series.) The Wolves’ Den Training Center product is known for his incredible reach and technical striking skills, but has been adding both submission offense and defense to his arsenal.

Expect  the best, most complete, Sean Woodson yet on November thirteenth.